So I just got out of Captain America 3-D and the verdict isn't good. I heard mixed reviews about it but it was really flat. I don't mean like flat as in some obscure term talking about some aspect of the movie. I mean it was just there. The plot was thin as predicted. But what should have held the thing together, the action, wasn't all great either.

The first 30 minutes are all "little guy" jokes. Then the main character becomes jacked so the humor ends basically there other than a few one-liners. 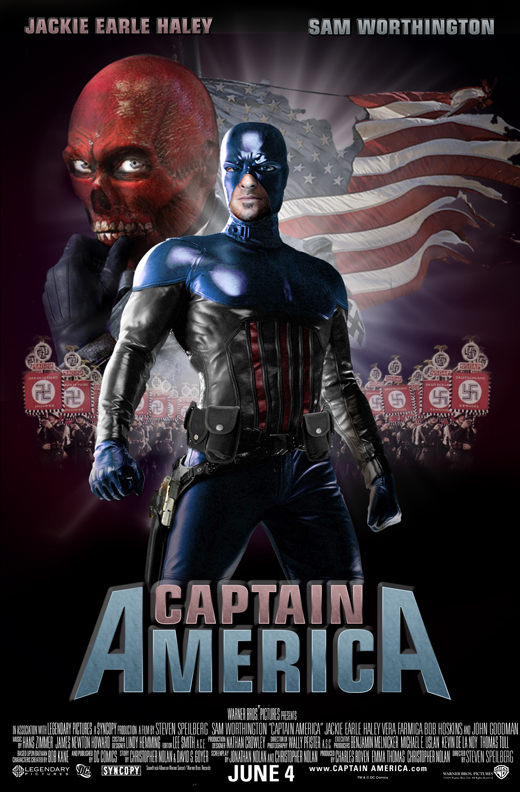 Another real big flaw in the movie was the script. Every god damn predictable cheese-filled line of dialogue at the dramatic points made for more laughs than anything else. And the last line of the movie made me want to rip my eyeballs out and eat them. I'm not giving it away. I paid 14$ for that closing line.
Posted by Hodge at 9:30 AM