So this dude is the smartest stalker around. He claims Jessica Simpson had an affair with him or something. But they have never met. Anyway, apparently this stalker guy is trying to sell a book now about the non-existent affair he had with Jessica Simpson.

From TMZ:
An obsessed fan who has tried to contact Jessica Simpson for years has taken it to a whole new level -- writing a book about their alleged affair ... despite the fact that they've never met.

Sources close to Simpson tell TMZ they have been dealing with Marce William Burchell, for years. We're told her security team has a profile on him and they are aware he is now selling a book online.

According to our sources, Burchell had puppies sent to her home when her beloved Daisy went missing and once got a hold of Jess' phone number. His calls and texts forced her to eventually change it.


We're told Jessica has not contacted police ... yet. Her reps had no comment. 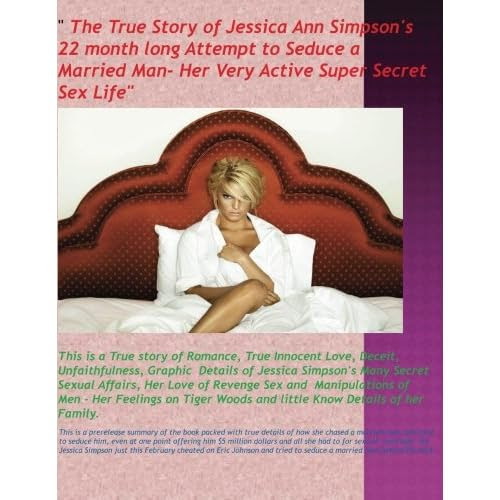 Look, if you are going to be a crazy stalker you might as well get your hustle on. Idiot stalkers just follow their celebrity obsession around, this guy is trying to con some idiots into paying him 30 bucks for a 30 page book. I mean I'm sure he could sell at least 5 of those bad boys. Guaranteed Jessica buys one to make sure he is actually lying and not some guy she banged back in the day coming back to haunt her. Maybe he dumped her in 7th grade before she got stacked and now he can't get past it. I would probably be the same way.


If you are a rich fuck with cash to burn, check out the book here. I ordered 3 copies already.
Posted by Hodge at 10:21 AM