Student Held by DEA without Food/Water

From Newser:
A UC San Diego student who was left, apparently forgotten, in a 5'x10' Drug Enforcement Agency cell for five days says he had to drink his own urine to survive. Daniel Chong, 23, was at a friend's house to celebrate 4/20 when DEA agents raided the residence and took him to their office, NBC San Diego reports.

Though no charges were filed against him and he was told he could go home, Chong was instead placed in a cell where he spent the next five days with no human contact, no food, and no water, he says. He will file a claim with the federal court system today, one week after his release.

He screamed and kicked the door, but was "ignored," he says—despite the fact that he could hear DEA employees and others in nearby cells. By the third day, he was "completely insane" and hallucinating, says Chong, who explains he found a powdery substance in the cell and ate it; it was later determined to be meth. By the time he was released, he had lost 15 pounds and his kidneys were close to failing. 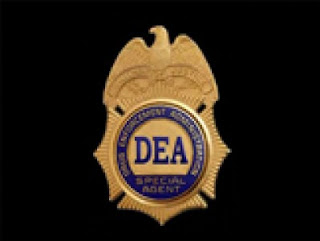 On the fourth day, he broke his glasses and used the shards to attempt suicide; he even ingested some of the glass. When he was finally found, by DEA employees he described as nervous-looking, he spent three days in intensive care. The DEA has yet to apologize, Chong's lawyer says.

I hope this kid hits the DEA up for fucking millions. What kind of animals are they to keep a kid "accidentally" in a cell for four days with nothing but powdered meth and his piss to survive? And even worse, how can we allow a branch of the government that can't even maintain humane standards when they illegally detain someone to still exist? The DEA is out of control.

Imagine if this were you, sitting on the couch smoking a joint on the highest of holidays and next thing you know you are thrown in a cell without being charged with a crime, and the conditions are so bad you have to eat a powder on the floor, drink your own piss, and try to kill yourself with your glasses? I hope they dismantle the DEA for this, but of course the government will settle out of court, hand over about 25 million bucks in taxpayer dollars that WE pay for their fuckup, and then sweep this shit under the rug. Typical government bullshit apologies.

I think NWA said it best...