From Yahoo Sports:
The angelic, cascading locks that dangled gracefully from Tom Brady's(notes) scalp as he threw for over 1,300 yards in three games have been shorn.
Chris Forsberg of ESPN Boston, at a press conference at Patriots facilities Wednesday, tweeted this shocking image of a fleeced Tom Brady. 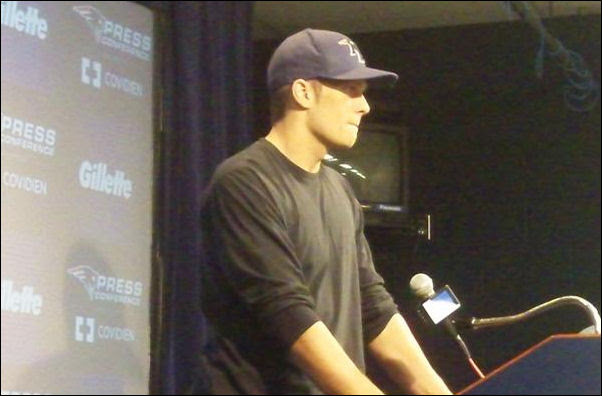 Brady began growing his hair out in the middle of last year. Around July, tufts of his chestnut brown mop began sticking out of his hats and helmets. In September of last year, he said his wife Gisele wouldn't allow him to cut it. The mane then progressed to more of a Justin Bieber look, which ignited the unforgettable and vicious Brady/Bieber rap beef of October '10.

This is what happens when you lose to the Bills. You have to make a change. Brady cutting the lax-flow was step one. Step two is stop throwing motherfucking picks. Now the hair is cut, the ship is righted, and we are ready to grab another ring.
Posted by Hodge at 11:45 AM