Smart people with money to make don't pay attention to Kim Kardashian, and Warren Buffett proved it in an interview with Time.

From Time:
So, for inquiring minds, here’s what Warren Buffett had to say to TIME about Kim Kardashian.

“I’ve seen her name, but I wouldn’t be able to tell what she does but put her name in the paper,” he says. He didn’t offer an opinion on Kardashian’s particular financial situation, but Courage Campaign says she made more than $12 million in 2010 and paid a tax rate only 1% higher than a middle-class Californian. 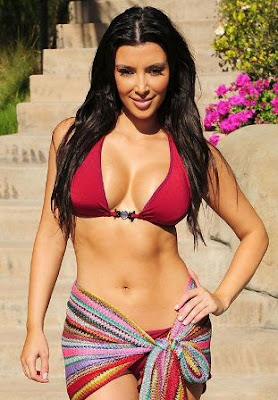 Warren fucking Buffett calling it like it is. What do all these fucking celebrities like Kim Kardashian do? Kim Kardashian may be hot, true. But where did her career come from? The Ray J sextape? That is the basis of a real strong career Kim.

Her entire career started because she is hot and a rapper made her make a sextape with him. I mean really Ray J should be getting royalties off that ass since he started her out. Not that I give a fuck. Her talent is to look good, and she'll do it well until she turns 40, then she'll slip into meth addiction and no one will give a
fuck.


Oh and if she really only pays a 1% higher tax rate than a "middle class" Californian than no fucking wonder the state is bankrupt. Get your taxation on Cali come on man.
Posted by Hodge at 3:45 PM